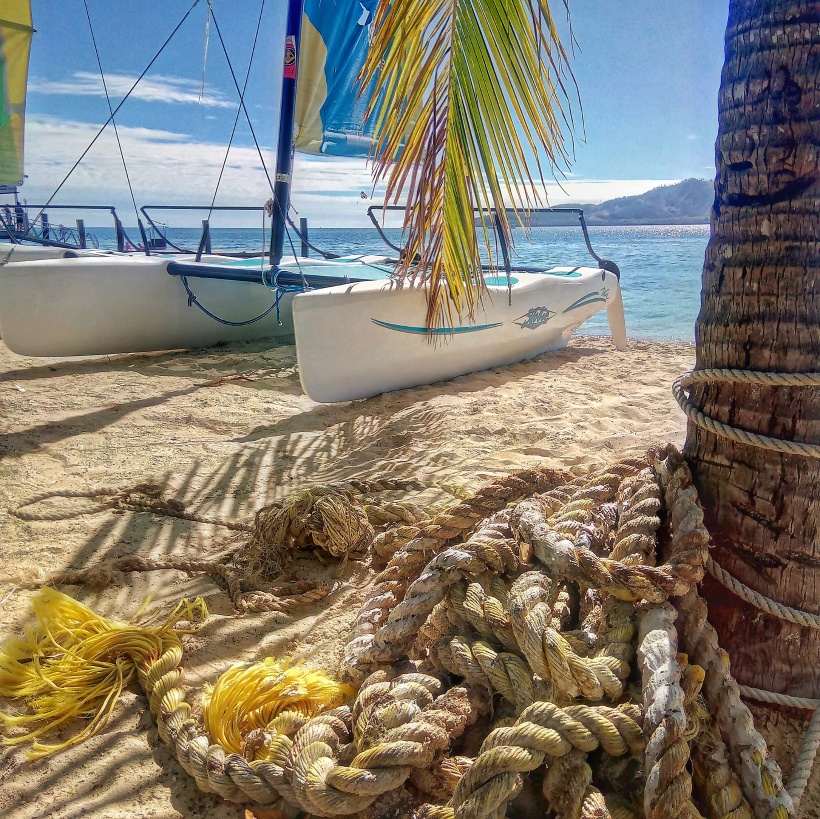 Sailing from Fiji to New Zealand…

One of the hardest places to get to on Planet Earth.

I’d like to introduce you to Nemo, Point Nemo. It’s a place, not a person, and it’s one of the (non)stops on our Round the World sailing adventure. 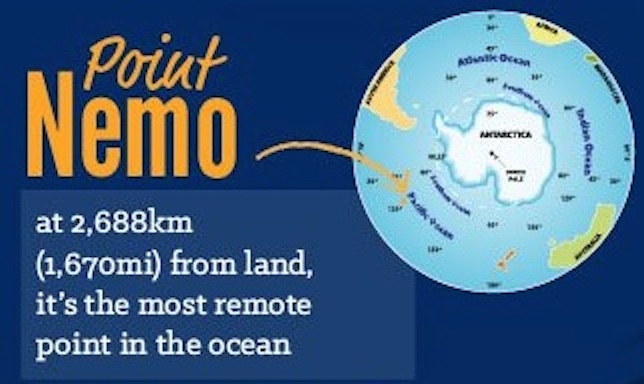 Point Nemo is named after Captain Nemo, from Jules Verne’s 20,000 Leagues Under The Sea, and it is one of the poles of inaccessibility – meaning it’s one of the hardest places to get to on Planet Earth.

If we pass Point Nemo at the right time of day, we’ll be closer to the astronauts in the International Space Station some 400km up in space, than any other humans on earth. In Latin, ‘nemo’ translates as ‘no man’ – which pretty much sums up how bleak this part of the world is!

In 1992, a Croatian-Canadian survey engineer called Hrvoje Lukatela used a geospatial computer program to find Point Nemo. He figured that because the Earth is three-dimensional, its most remote ocean point must sit the same distance away from three nearest coastlines. The area is also known as a “spacecraft cemetery” because hundreds of decommissioned satellites, space stations, and other spacecraft have been deposited there upon re-entering the atmosphere to lessen the risk of hitting any inhabited locations. 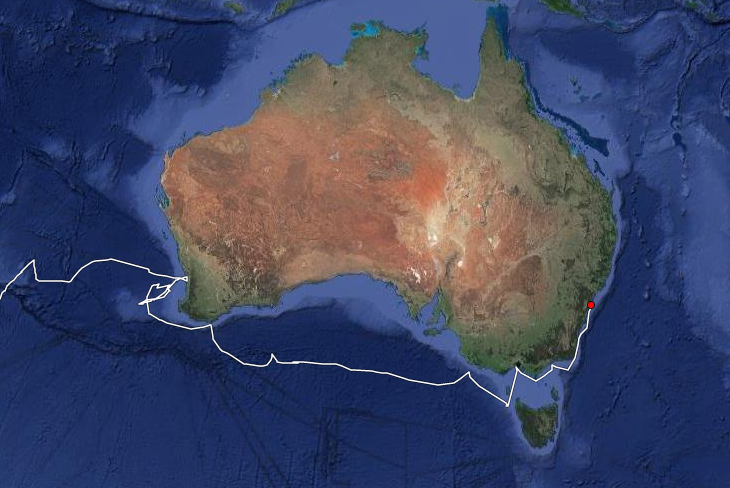 2.700 miles of sailing around Australia in a few pictures:)…

Crossing the Indian Ocean from Cape Town to Fremantle on board HIR3.

Sailing from Salvador to Cape Town…

Photo Gallery from our second Atlantic crossing this year. Sailing from Salvador de Bahia, Brazil to Cape Town, South Africa on board HIR3… 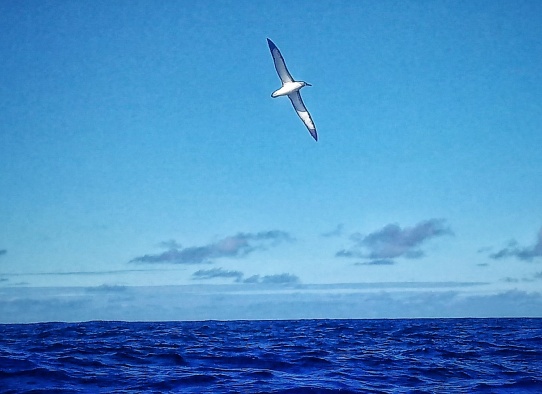 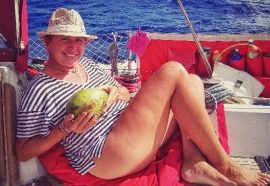 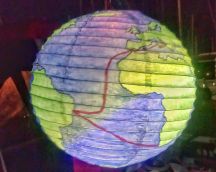 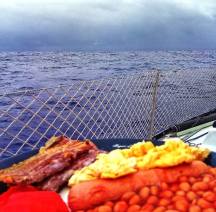 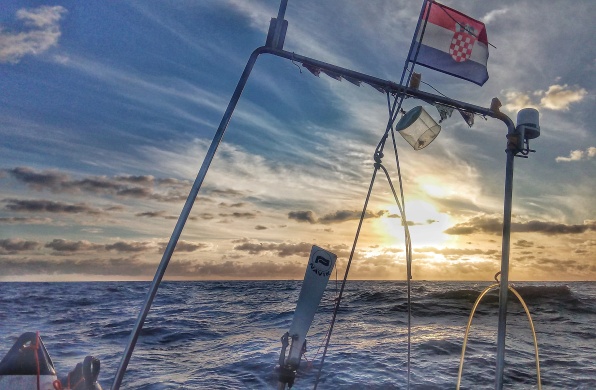 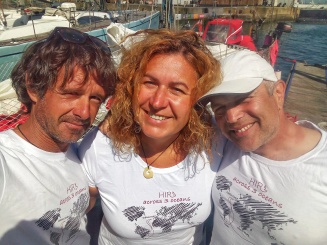 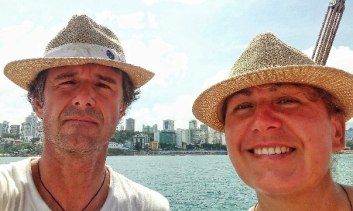 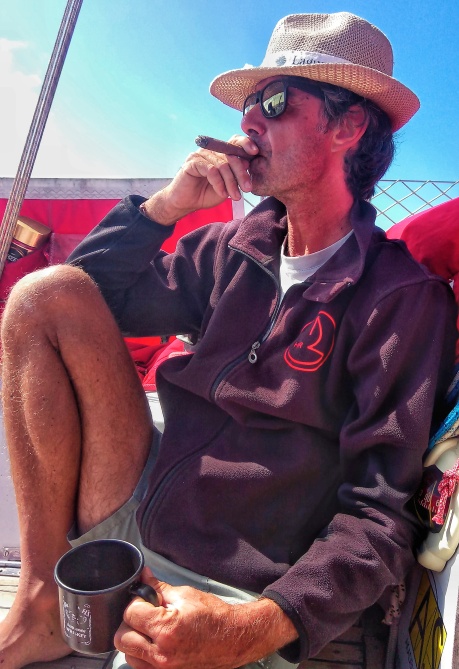 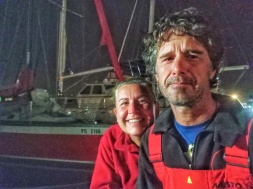 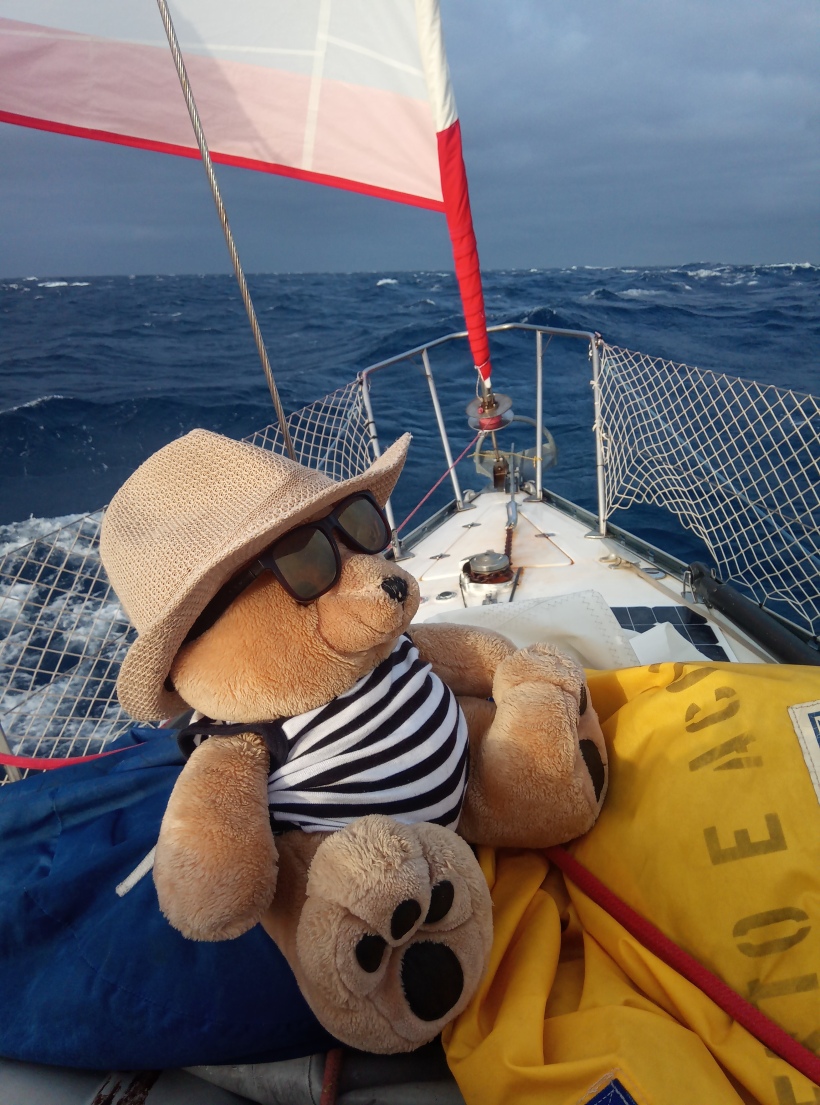 Photo Gallery – sailing from Ceuta through Gibraltar Strait to Las Palmas, Gran Canaria, then to Mindelo in Cape Verde islands and across the Atlantic to Salvador de Bahia, Brazil… 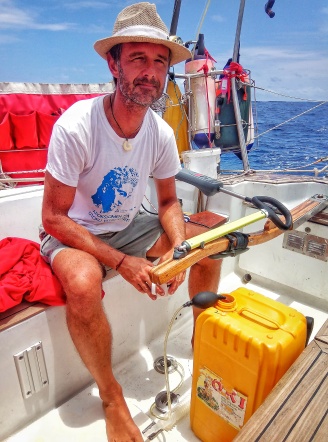 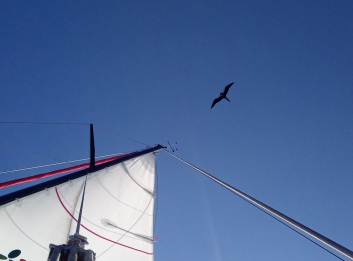 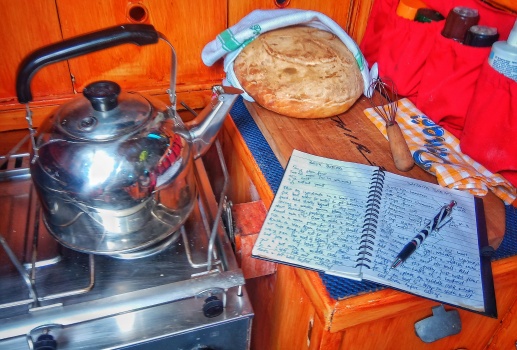 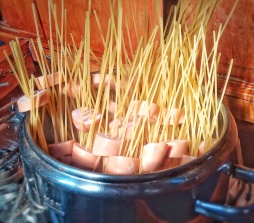 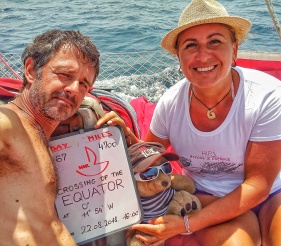 Video trailers for our little round the world sailing adventure…

Sailing to Cape Horn on board HIR 3 – video…

…and a very short trailer…

In sailing, the great capes are three major capes of the continents in the Southern Ocean — Africa’s Cape of Good Hope, Australia’s Cape Leeuwin, and South America’s Cape Horn.

A great cape, for us, can’t be expressed in longitude and latitude alone. A great cape has a soul, with very soft, very violent shadows and colours. A soul as smooth as a child’s, as hard as a criminal’s. And that is why we go. – BERNARD MOITESSIER

The Cape of Good Hope is at the southern tip of the Cape Peninsula (South Africa), about 2.3 km  west and a little south of Cape Point on the south-east corner.

As one of the great capes of the South Atlantic Ocean, the Cape of Good Hope has long been of special significance to sailors, many of whom refer to it simply as “the Cape“. 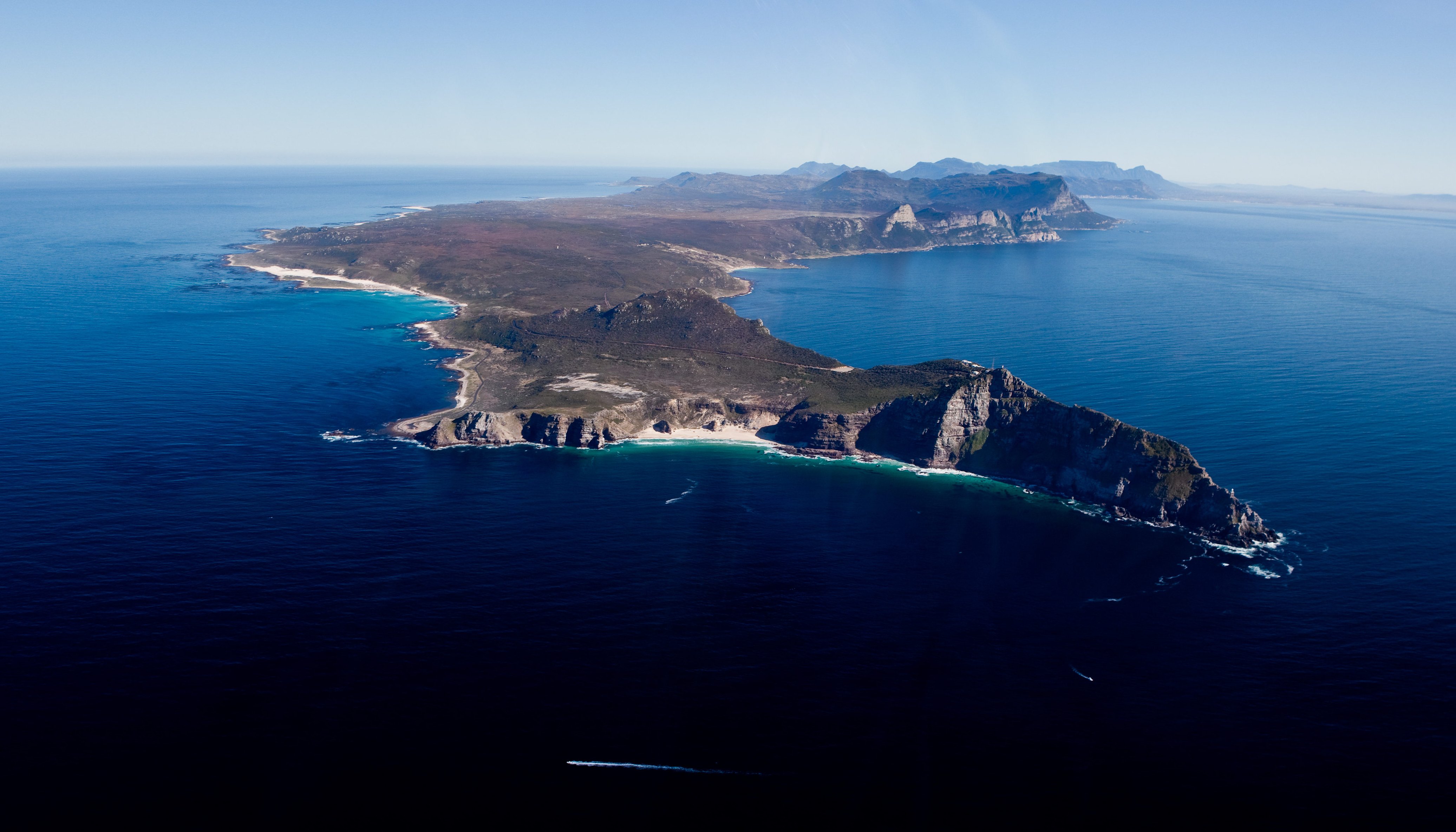 The first modern rounding of the cape in 1488 by Portuguese explorer Bartolomeu Dias was a milestone in the attempts by the Portuguese to establish direct trade relations with the Far East (although Herodotus mentioned a claim that the Phoenicians had done so far earlier). Dias called the cape Cabo das Tormentas (“Cape of Storms”; Dutch: Stormkaap), which was the original name of the “Cape of Good Hope”.

The Cape of Good Hope is the legendary home of The Flying Dutchman. Crewed by tormented and damned ghostly sailors, it is doomed forever to beat its way through the adjacent waters without ever succeeding in rounding the headland.

Adamastor is a Greek-type mythological character invented by the Portuguese poet Luís de Camões in his epic poem Os Lusíadas (first printed in 1572), as a symbol of the forces of nature Portuguese navigators had to overcome during their discoveries and more specifically of the dangers Portuguese sailors faced when trying to round the Cape of Storms.

Cape Leeuwin is the most south-westerly mainland point of the Australian Continent, in the state of Western Australia. In Australia, the Cape is considered the point where the Indian Ocean meets the Southern Ocean.

Matthew Flinders named Cape Leeuwin after the first known ship to have visited the area is the Leeuwin (“Lioness”), a Dutch vessel that charted some of the nearby coastline in 1622.

Cape Horn (Spanish: Cabo de Hornos) is the southernmost headland of the Tierra del Fuego archipelago of southern Chile, and is located on the small Hornos Island. Although not the most southerly point of South America (which are the Diego Ramírez Islands), Cape Horn marks the northern boundary of the Drake Passage and marks where the Atlantic and Pacific Oceans meet.

Cape Horn was discovered and first rounded by the Dutchman Willem Schouten, who named it Kaap Hoorn  after the city of Hoorn in the Netherlands.

The waters around Cape Horn are particularly hazardous, owing to strong winds, large waves, strong currents and icebergs; these dangers have made it notorious as a sailors’ graveyard. Sailing around the Horn is widely regarded as one of the major challenges in yachting. 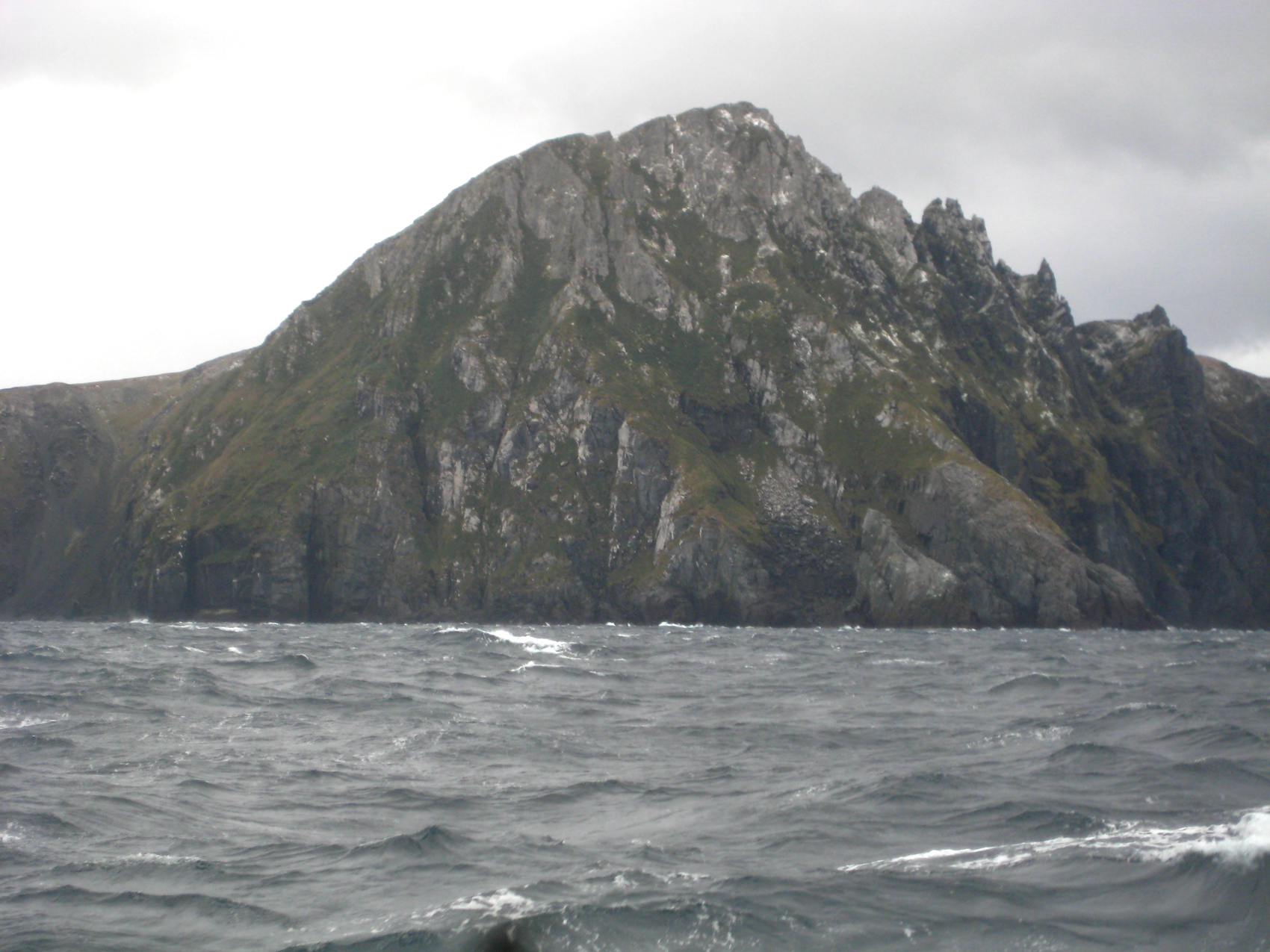 Several factors combine to make the passage around Cape Horn one of the most hazardous shipping routes in the world: the fierce sailing conditions prevalent in the Southern Ocean generally; the geography of the passage south of the Horn; and the extreme southern latitude of the Horn, at 56° south. The prevailing winds in latitudes below 40° south can blow from west to east around the world almost uninterrupted by land, giving rise to the “roaring forties” and the even more wild “furious fifties” and “screaming sixties”. These winds are exacerbated at the Horn by the funneling effect of the Andes and the Antarctic peninsula, which channel the winds into the relatively narrow Drake Passage. The strong winds of the Southern Ocean give rise to correspondingly large waves; these waves can attain great height as they roll around the Southern Ocean, free of any interruption from land. At the Horn, however, these waves encounter an area of shallow water to the south of the Horn, which has the effect of making the waves shorter and steeper, greatly increasing the hazard to ships. If the strong eastward current through the Drake Passage encounters an opposing east wind, this can have the effect of further building up the waves. In addition to these “normal” waves, the area west of the Horn is particularly notorious for rogue waves, which can attain heights of up to 30 meters. Ice is a hazard to sailors venturing far below 40° south. Although the ice limit dips south around the horn, icebergs are a significant hazard for vessels in the area. In the South Pacific in February icebergs are generally confined to below 50° south; but in August the iceberg hazard can extend north of 40° south. Even in February, the Horn is well below the latitude of the iceberg limit. These hazards have made the Horn notorious as perhaps the most dangerous ship passage in the world; many ships were wrecked, and many sailors died attempting to round the Cape.

Owing to the remoteness of the location and the hazards there, a rounding of Cape Horn is widely considered to be the yachting equivalent of climbing Mount Everest, and so many sailors seek it for its own sake.

HIR 3 is getting ready for another great adventure… We will sail around the World in 2018/19! Our route…