I have first met ‘HIR 3’ quite a long time ago, it was in 1992 when I was only 14 years old. I sailed only once before in my life one year earlier thanks to my sister and her good friend Miro Muhek who knew Mladen Šutej and has been sailing with him. They asked me if I would go sailing for ten days on board ‘HIR 3’… and my answer was of course – YES!

We covered 328 miles in ten days and I even got a sailing school diploma for it later. I actually saved it and I still have it:)

The most memorable part of the trip was sailing from Rovinj to Venice. I remember we had perfect weather and all we had to do is set the sails and let the autopilot do the rest. When we entered the marked passages in front of Venice and we didn’t use the engine, but we did hunderds of tacks between thousands of boats until the wind died in the evening near the marina.

Next time I saw her was in 2006 (I think?) in port of Vrsar after she was sold to a new owner. I haven’t been there for a log time after that and I forgot all about it, but when I came to Vrsar in November 2013, I remembered her and went to see if she was still there. She was… but she looked miserable. It looked like she was abandoned. Completely covered in seaweed and seashells under the waterline, dirty hull and deck and rotten lines. 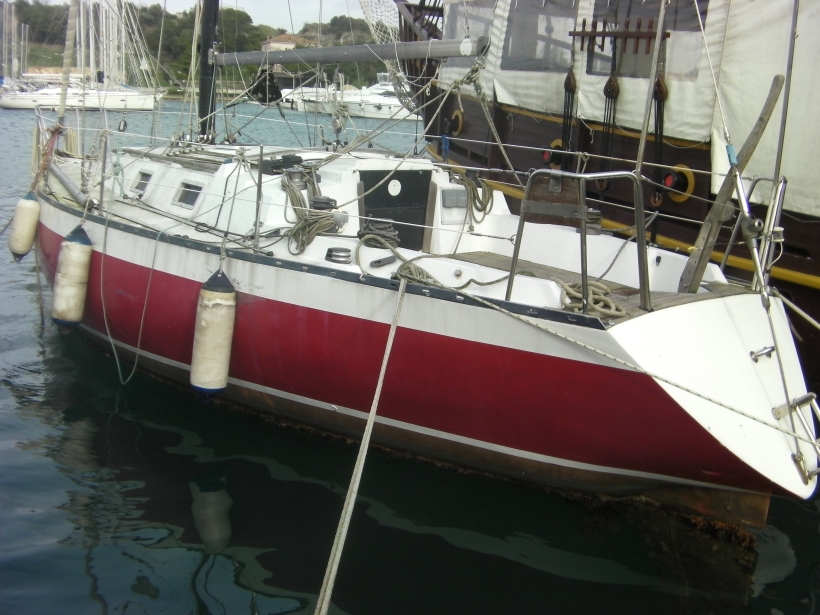 We were standing in front of the boat and commenting for quite a while, took some pictures and left… but I continued to think about her… about one month later I decided to try to find the owner to find out what is going on…

Famous  Croatian skipper, Mladen Šutej bought the boat in 1979 from an Italian shipyard…

The boat was named ‘HIR 3’ (Caprice). The history of the name dates back to his grandfather who started to build his first boat at the age of 65 and when people asked him why, he simply replied… it is my caprice. The first Mladen’s boat was ‘Hir 2’, and logically, this one was named ‘HIR 3’.

Based on his experience, he wanted to buy a 10-meter sailing yacht to cross the Atlantic, so she had to be quality build, have a full skeg, wide hull, lead keel and solid mast and rigging. Mladen bought a CAT 34 from a small Italian shipyard named after the owners (Carlo Alberto Tibreio) as a bare hull with mast and deck equipment. One interesting fact. Interior is made of expensive teak, but the wood came from an old stand on which one boat from Italy was delivered to the port of Rijeka. The boat was finished in marina Punat in 1980 after spent 2000 working hours.

35 episodes of a documentary film ‘Sails around the World’ were filmed and shown on Croatian national television. 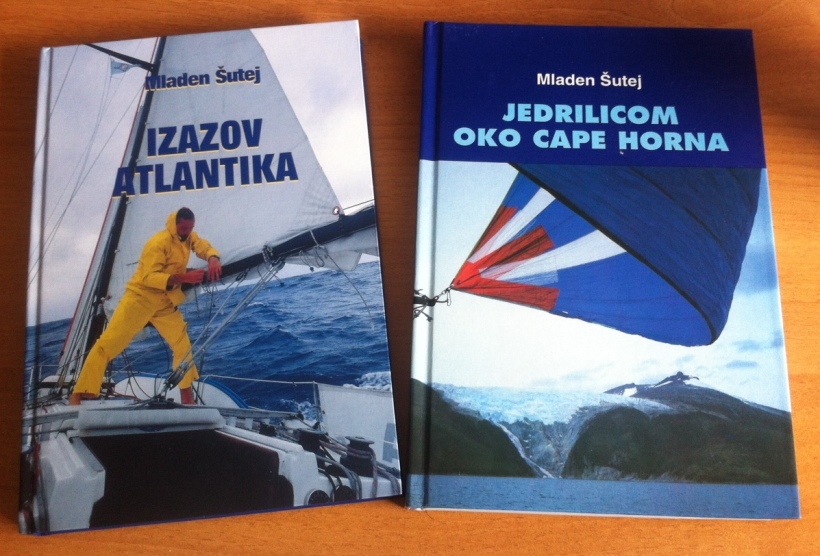 She was badly damaged with holes on the hull near the waterline during occupation of marina Dubrovnik, but Mladen Šutej managed to save and restore her.

The boat was then sold and moved to Vrsar in Istria, but later she was forgotten and neglected… 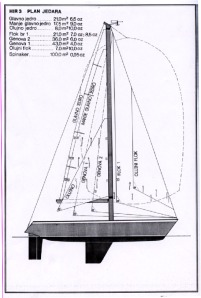